Create an Account - Increase your productivity, customize your experience, and engage in information you care about.

The Starkville Fire Department is committed to serving and protecting the citizens of Starkville and all who enter our city. We accomplish this through rigid code enforcement, specialized progressive training, and proactive management. 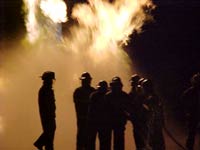 The Starkville Fire Department is committed to having a highly trained firefighting force, the best equipment, and the lowest fire rating possible. This is accomplished through training, fire prevention, inspection, and investigation programs enhanced by the attitude of all personnel.

It is the vision of the Starkville Fire department to be recognized by both those we serve and our members as:

As needs arose and services became greater in both number and quality, the mayor and the Board of Aldermen decided in 1973 to hire E. W. "Punk" Turner as its first full-time paid fire chief.

In 1975, with continued growth, the City of Starkville hired six new firefighters to go to a 24 hours on and 48 hours off shift rotation, which gave the city two fully staffed fire stations. As the fire service grew and fire prevention and building codes were enforced the number of fire calls dropped and the city took on medical services 1983.

The current status of the Starkville Fire Department is a career department, five stations, a class four in fire rating, that provides a full complement of services such as CPR classes, fire suppression, fire prevention, hazardous materials response, high angle rescue, confined space rescue, medical response with paramedic capabilities. The Starkville Fire Department has many of its members trained to MEMA Taskforce standards to assist in declared disasters. 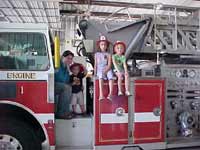 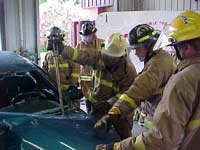